Home › Overcoming Obstacles › Are you an out-of-date commander or a gardener of talent?

Are you an out-of-date commander or a gardener of talent? 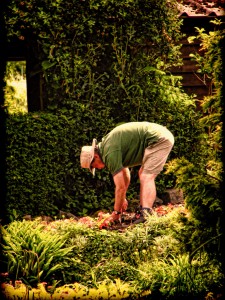 Many management practices stem from command-control models of organizations. The bosses command, and the troops are supposed to follow.

Sadly, this approach doesn’t line up with the reality of current-day challenges. We don’t live in a predictable world that operates like a Swiss watch. Managers don’t and can’t have all of the answers. Similarly, employees, especially younger generations, don’t want to be cogs in the corporate structure.

For years, my colleague Meg Wheatley, author of “Leadership and the New Science” and many other books, has noted that it’s time for leaders to shift from being “heroes” futilely trying to have all of the answers to being “hosts” who bring talent to the party and create the conditions for creative and productive work. (See, for example, “Leadership in the Age of Complexity: From Hero to Host” Margaret Wheatley with Debbie Frieze ©2010)

Thankfully, even military leadership, one of the bastions of command-control mentality, recognizes these realities. Retired General Stanley McChrystal’s new book, “Team of Teams: New Rules of Engagement for a Complex World,” boldly articulates the new reality and what’s needed. Consider his recap of some key points on page 232. (Italics are McChrystal’s.)

- Although we intuitively know the world has changed, most leaders reflect a model and leader development process that are sorely out of date. We often demand unrealistic levels of knowledge in leaders and force them into ineffective attempts to micromanage.

- The temptation to lead as a chess master, controlling each move of the organization, must give way to an approach as a gardener, enabling rather than directing.

- A gardening approach to leadership is anything but passive. The leader acts as an “Eyes-On, Hands-Off” enabler who creates and maintains an ecosystem in which the organization operates.

Have you and your organization embraced these new realities?

How are you being a gardener of talent?

Do you want to boost the growth and application of talent in your organization? See resources and examples at www.TakeChargeofYourTalent.com. Discover how leaders can be more effective (and less stressed) by tapping the self-motivation of the talented people in their organizations. 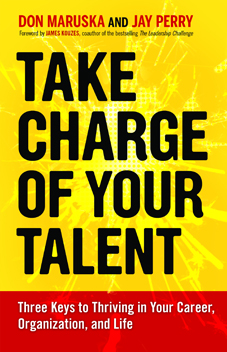