Imagine that you have an old fashioned scale on your desk.  On one side of the scale place your deepest hopes; on the other side your chief concerns. What do you notice? 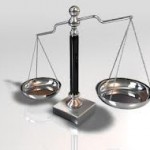 Jimmy had his own business for over 20 years.  For the most part, he enjoyed it.  He’d built a great reputation, had had some good financial successes, and wasn’t ready to retire.  Still, every once and a while, he felt burned out.  At least once a year he could be heard saying, “I’d love a year off; take a Sabbatical like my friend the professor.”  But of course the moment those words left his mouth, they were outweighed by all the reasons why that could never happen.  The concern side of his hope/concern balance was so heavily weighted that it never got off the ground.

It was time for a hope/concern scale calibration.  Was Jimmy’s Sabbatical a true hope…”an idea with an engine?” Or was it merely a fantasy?

This is actually a great question to ask.  Fantasies are wonderful…as fantasies.  When we go to see a movie like Pirates of the Caribbean, we can get engaged in an imaginary world of adventure, magic, daring, and wit.  And that is the fun of it.  Few of us would leave the theater inspired to actually become a pirate.

As it turned out, it served Jimmy to discover whether the Sabbatical was really a hope or a fantasy; whether it was something to hold as a day dream or something that needed to be realized.

Instead of immediately adding all of his concerns to the scale, he allowed himself to sit with his Sabbatical idea as if it were an authentic hope.  He shared it with his wife, who loved the idea.  They imagined where they might like to go, what they would like to learn, how they would like to live.  Images began to emerge: a village somewhere in Europe, bicycles, fresh loaves of bread, strolling in the town square…

As Jimmy and his wife considered all of this together, as a balance of hopes and concerns, the idea began to seem more and more feasible.  They began to consider the business opportunities that Jimmy might uncover, the possibility that renting their home might actually be a moneymaker, that their health care could be consistent.

So how about you?  Does the hope/concern scale on your desk need to be calibrated?